Road with Hammer, Matt, Monkeyboy, Zwack, Andy and Steve this evening. We did a through together loop which included Fulton Run, Marianne Hill, Cheese Run, Northridge Road and finished up with five points from just before the old mine shaft. 32 miles with over 3000 feet of vertical climbing, the major climbs included Marianne, Cheese Run and Northpoint.

Lots of fresh oil and chips on Ben Franklin form Marianne to 422 after the new pavement ends at the township line. Then Cheese Run turns from pavement to improved surface, if you consider dirt and gravel improved surface, then down the other side which is sort of paved but scattered with rock and dirt from the hill above.Northpoint is a road I have never done before...pretty much one big climb approximately 5 miles long or so...maybe more. then back to five points from there.

The group stayed together until we reached the regular five points loop then after we reached the summit of the climb past the mine shaft the game began. I took of and Monkeyboy, Hammer and Andy responded in kind and grabbed my wheel. Lets just say that for the next 15 miles or so nobody let up and if somebody did there was somebody there to attack.The 4 of us rolled into town pretty spent but ahead of the darkness. Matt and Steve showed up a while later and Rich headed straight for the barn.

All in all a really good ride. It felt really good as hard as I could and I know everybody else in our 4 man group at the end was as well. Monkleyboy is really getting strong on the climbs. He has only been road riding this summer...although he is sporting a triple and I made him work to make it to the top first. Steve fell over on Marianne Hill. and double flatted on Cheese Run Road. My heart flip flopped a couple of times this evening but no real issues.


Make sure your wife wears contraception next time she goes swimming.........

Man these Scientologists have all the luck. It appears that Nicoll Kidman and 7 other women got pregnant from swimming near some waterfall. What a bunch of idiots. Sorry for pointing out the obvious........ and on the other side of the fence..... 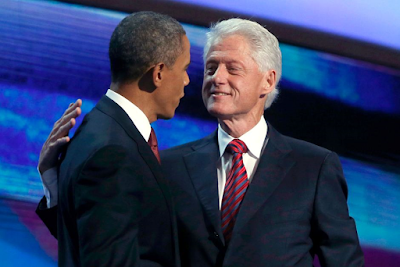 Another Rant By Anonymous at 8:25 PM