Got to spend some quality time with my bike. Steve , Sean and I headed out Saturday afternoon for a 40 miler. The air was a little cool but the sun and sheer pleasure of being out after such a harsh winter made it more than tolerable.
The day started out in the morning with a 1 hour spin class. Then my son and I spent some quality time sledding, then it was time to hit the road. We headed out to do the Eastern Shore loop, which is fairly hilly, as many rides around here are. I was concerned about road conditions though as many of the roads on this loop are questionable and I was also worried about ice that may be on the roads as many of the roads don't get much sun. Much to my surprise the roads weren't that bad and mostly dry. 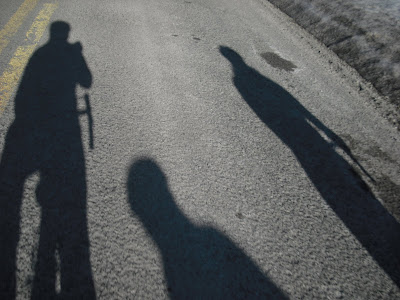 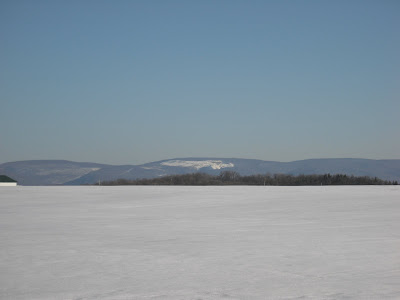 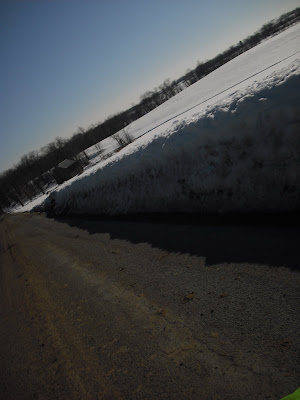 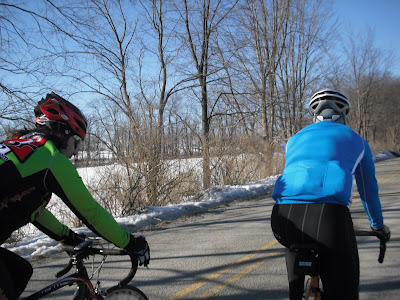 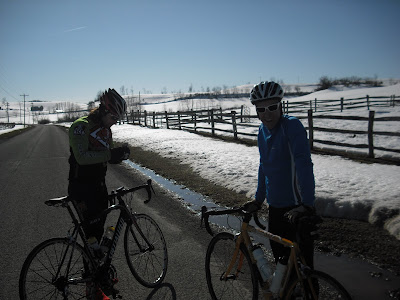 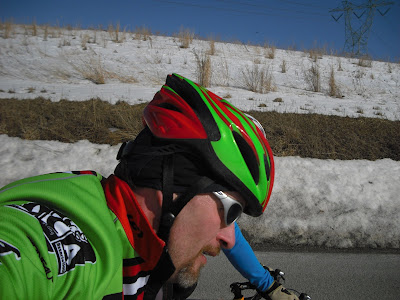 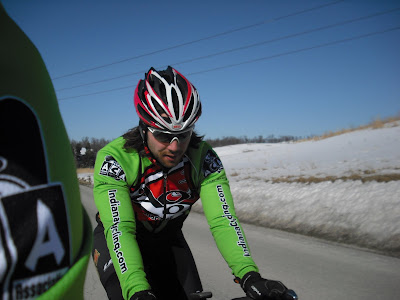 Sundays Soiree......
Steve, Hanna and I headed out Sunday afternoon for what would be Steve and I's 2nd 40 mile day of the weekend. A bit more leisurly thatn teh previouse day. Not that Saturday was a hammerfest. But 2 long days back to back early in the season makes for some tired legs. The MC loop is probably one of teh flattest 40 mile ride you will do around here. Not that its a table top but there are allot of long flat rolling sections adn some good payback for the climbs that you have to do. 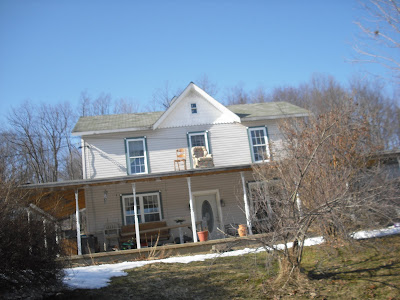 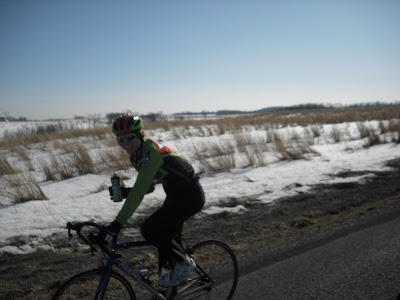 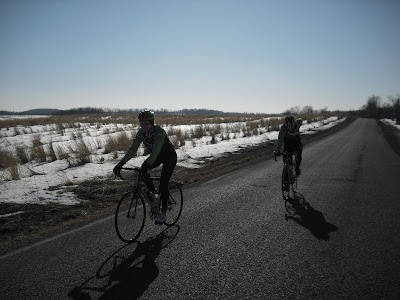 Another Rant By Affib Rider at 6:39 PM