With friends I haven't ridden with in over a year. Started out the weekend with the "Gay Love" Loop. Click link for explanation. Rode with Brownie and Andrew. Tom joined us for the first hour but had to peal off due to family commitments. As we stopped for a quick snack grab for the rest of our outing is was mentioned that ouf first hour split was at over 18mph. Not a good start to a long hilly day and as the profile of the ride went vertical that quickly changed. I was hoping Steve might show up as well but he is little laid up right now due to a race accident last week. That's not actually him but his Achilles Tendon did make a brief appearance.

We had a great ride with allot of chatter and much effort. After a sandwich and some more visiting Brownie headed home to Mount Holly Springs and I headed for the man chair.

Today I was unable to roust Andrew for a recovery ride, so Hammer and I headed out for 25 miles of sweltering heat riding. Road a little harder than I had planned but after about 15 miles my legs felt invigorated so all was good. 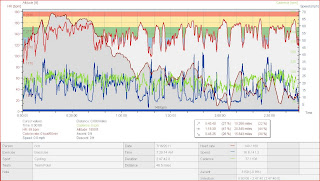 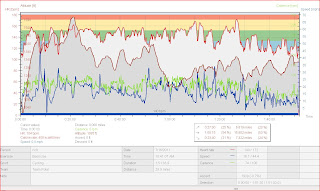 Another Rant By Affib Rider at 9:13 PM