Not much going on on the heart front and I have had a couple nights where I slept more than 4 hours. Oh and the nightmares are back which I experienced before from the meds I am on. Otherwise, I'm feeling really good and plan to start doing some light training this week.

I did get to the gym last week and plan the same for this one. I also think I'm going to set the rollers up and start doing some light spinning. I've probably been a little overly cautious about exercising but it hasn't hurt anything either. 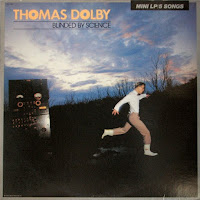 So I took the family to the Carnegie Museum Of Natural History yesterday. We always have a good time there and my son is really into dinosaurs so of course they are his favorite exhibits, He is annoyed that they tend to focus on the more popular species although he does really like the T-Rex. I always try to test his knowledge or at least have him explain something to me. And to me the easiest target is the T-Rex.

When I look at the Rex all I can focus on are those tiny arms. Tiny in comparison to the rest of its body and appendages. They just seem out of place to me , especially when you look at the rest of the natural world and how proportional they are in how they are put together.

I also had a interesting experience with and employee of the Museum. In one of the exhibits they had small scale windmills and solar panel's on a card table with a young lady sitting there. I wanted to avoid her but at the same time wanted to here what she had to say and maybe have a conversation with her. She started showing me her windmills and I let it slip that I actually work in the power industry. She became really interested then and asked what I did. Oh to have a video of her reaction when I told her I worked in the central control room of a coal fired power plant.

Her grimace and convulsive reaction was priceless which turned what I thought might be a conversation into a lecture/by me on the downfalls of both these sources of power at this point in time. This didn't last long as my son and wife where dragging me away. I was by no means belligerent or disrespectful in any way but they just wanted to move along. my wife said that she ran off as they were dragging me away. I'm guessing they have a safe space set up somewhere or maybe she was off filing a hurt feelings report.

I did see that she later returned and was frantically typing on her cell. I would like to think she was checking up on the facts I was telling her but most likely she was texting her friends about the horrible coal guy she just encountered.